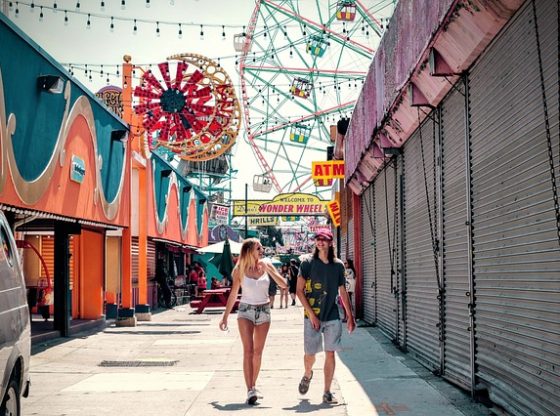 They are funny, magical and are a great experience for everyone from 0 to 100 years. In a single word, they are amusement parks: perfect to spend a day with friends, with your partner or with the whole family. The whole world is full of great amusement parks, but if you are going to travel to the Old Continent, these are the best amusement parks in Europe:

This amusement park does not need any introduction since Eurodisney is the most popular of the amusement parks in France and in the whole Europe. In 2013 Eurodisney continues the celebrations of its first 20 years of life (it was created in 1992) with great hotel deals in Disneyland for the whole family. In addition to the Playground, a must visit is also the Disney Studios with film sets.

The most important amusement park in Spain is located just one hour from Barcelona. It is PortAventura Amusement Park. Divided into six major thematic areas, it offers attractions such as the dizzying roller coaster of the Far West or the quieter canoe ride inspired by the landscapes of Polynesia. The innovation of 2013 is the new water park Aquapark Costa Caribe with slides, rafts and swimming pools for a cheerful splash with friends and even a beach on the Costa Dorada.

The biggest theme park of Italy, located on the shores of Garda Lake, in the north of Italy, in Desenzano del Garda, near Verona. The opening hours of the park is extended until 23 allowing families to spend more time in the park also during the night when light shows take place. The novelty for 2013 is Madagascar Live! It’s Circus Time, a live show in a big open-air theatre with dancers, singers and acrobats, inspired by the famous cartoon from DreamWorks, Madagascar.

It’s funny and colourful: this is Alton Towers, the most loved of English amusement parks. It has five different roller coasters, including “The smiler”, the roller coaster that is whirling turns upside down inviting passengers to smile by the slogan “Smile always”. And while the adults laugh on roller coaster, the children will enjoy a walk on the water inside a large air balloon.

Malta is an island devoted to the sea and it’s the perfect location for the whole family to have fun. Malta has a lot of amusement parks based on water. To swim in the European larger waves pool you should go to the Marine Park of Malta, while to swim with dolphins or sea lions head to the Mediterraneo Marine Park. The must in Malta is a visit to the amusement park Popeye Village, in Anchor Bay, which was once the scene of Robert Altman’s movie about Popeye.

It is the largest theme park in Germany and is located in Fust, not far from Freiburg. The Europa Park is one of the flagships of Baden-Württemberg region which attractions millions of tourists each year, both from Germany and foreign countries. From the wooden roller coaster in Iceland area, to Poseidon, the roller coaster on water inspired to Greece, to the area dedicated to Scandinavia where you can refresh with the Fjord-Rafting, a swirling stream full of rocks and water fountains.

The Tivoli in Copenhagen, Denmark

Outside there is Copenhagen, inside, through the gates of Tivoli, is one of the oldest theme parks in Europe. A fantastic world made of fairies and toy soldiers, fearful or funny attractions, with gardens and a small lake just like in the tales of fairy-tale writer Hans Christian Andersen. Just like the old amusement parks here applies the formula of the ticket at the entrance more individual tickets for each attraction. This amusement park is really different from others in Europe.

This one is not a theme park as we normally mean. But it surely worth a visit thanks to its Riesenrad, the great Ferris Wheel of the Prater. Built for the Universal Exhibition of 1897 by the British engineer Walter Basset – the goal was to celebrate the 50th year of the reign of Francis Joseph – was supposed to be a temporary work. Today the wheel is one of the symbols of the Austrian capital with 67 meters of height, It takes about 20 minutes to do the whole tour offering to the passengers a great panoramic view of the city.