10 Best beaches of Sardinia Italy – Enjoy your trip to Sardinia 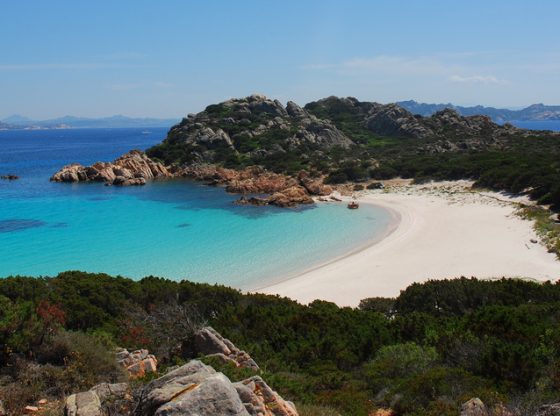 The beaches of Sardinia are among the best and most pristine in the entire Mediterranean.

These are the 10 best beaches of Sardinia.

Abandoned, forgotten for decades, known only as the island of the prison, the Asinara has returned to its splendour only in 2010. It was declared National Park in 2002 and even today preserves its natural beauty, thanks to the presence for decades of a prison that did not allow access to anyone who was not “handcuffed”.

Asinara Island, 52 kilometres square, located in the north of the Sardinia in front of Porto Torres and Stintino, is the third largest island of Sardinia for extension after sant’Antioco and San Pietro. Today there is no prison and the island has been restored and is suitable for tourism. You can go to Asinara for day trips or overnight in the only accommodation on the island, Cala d’Oliva hostel, located in a former barrack. A visit to the Asinara is ideal for canoeing, sailing or motor sailing, fishing or diving, but only in the established diving spots and accompanied by one of the authorized dive centers (info: parcoasinara.org). For riding trails, lovers are available excursions all around the island, among untouched nature and pristine beaches. And the best beach of Asinara and one of the ten best beaches of Sardinia is Cala d’Arena, in the northeast of the island: two sandy beaches lapped by a crystal water sea, dominated by one of three Spanish towers of the seventeenth century. The sea is shallow and the beach is never crowded; the access is regulated by the National Park. Just be careful with the boars!

Rocks, sandy coves and crystal clear water. Caprera Island, which was chosen for retirement by the hero who unified Italy, Garibaldi, remains a haven of forests and bays. Between beach relax and snorkeling it worth finding the time to visit the Dolphin Research Center. In the south of the island are two of the most beautiful beaches of Sardinia: Cala Portese to relax and Relitto beach where you can snorkel among the remains of a shipwreck. Do not forget also a visit to Cala Andreani, maybe the most beautiful beach of sand in Caprera. But there are also Punta Palma in east and the northern Cala Coticcio, also known as Tahiti. Do you think it’s enough to describe it?

A road connects Caprera to La Maddalena, the main island of the archipelago of the same name. La Maddalena and its archipelago, which is formed by the islands of Caprera, Santa Maria, Budelli, Razzoli, Spargi, Santo Stefano and Spargiotto are part of the La Maddalena National Park, a protected area. The main town on the island dates back to 1700, while the perimeter of the island is dotted with several beautiful beaches, among which the most famous of the beaches of Sardinia: the Pink Beach (Spiaggia Rosa) of Budelli, a sandy beach with pink sand, which is under maximum environmental protection. The pity is that only can be seen from the boat!

Porto Zafferano in Capo Teulada is a deserted beach for 10 months a year, when is reserved exclusively to NATO military exercises and inaccessible. But in July and August everyone can enjoy these pristine beaches. If you go from Cagliari you have to take the SS195 to the west and when you get to Chia you have to take the SS71 until you reach the sea, where you’ll find bays and white sand beaches. Only Chia Beach is 6 km long and beyond the top of the tower which limits it, is the beach of La Colonia, of 1 kilometer. By foot you can also reach the beach of the Dead, surrounded by pink rocks and the beach of Campana, beach of sand dunes. Further south is the island of Su Giudeu and Cala Cipolla. Then there is Malfatano Cape, the place where divers can admire the ruins of the ancient Punic ports and docks underwater. Definitely this is one of the most pristine beaches in Sardinia.

To reach Cala Isola Porri, the easiest way is by boat, but only if the sea is quiet. If not, you have to go by road from Stintino, taking the road south to Porto Torres, turn to Bagaglin and then to the left to Cala Coscia di Donna. Leave the car and continue on foot along the coast. The journey is long, it takes at least 3 hours round trip, but worth it. Porri Island, separated from the coast by a narrow channel, has a rocky coast. The most beautiful beaches are on the south side, lonely and surrounded by wild nature, white sand and small stones. The sea is dark green. Do not miss it.

6) Between Isola Rossa and Castelsardo

The stretch of coast between Castelsardo and Isola Rossa, on the east of Porto Torres, in 2012 was awarded the blue flag because of its crystal clear water and the care for the environment. The coast, with steep and rocks eroded by wind, has helped to maintain the natural environment thanks and ude to the difficult access. You can enjoy nature and relax in the hot springs of Santa Maria Coghinas, which are heated by an eco-sustainable, or dive into it, also with monofins.

White sand, green and deep sea, never crowded, even in high season: this is Colostrai Beach. The easiest access is beyond the village and the big hotels that bear the same name as the beach. One of the quietest beaches of Sardinia.

White dunes and large ponds, fine sand and shallow water: Feraxi beach. As well as Colostra, Feraxi beach is never crowded, even in high season. To get there from Muravera you have to drive for about 4 km along the SS125 towards Cagliari and continue south heading to the beaches of Salinas and Colostrai. Shortly after leaving the junction head to Costa Rei – Capo Ferrato crossing the bridge on the river Corr’e Pruna. Then you leave the main road at Costa Rei and go on along the coastline to then turn left onto a dirt road leading to the beach.

Great nature and large size. Portixeddu Beach (Fluimaggiore) has golden sand and clear sea suitable for everyone because shallow. Not many people, even in high season, especially thanks to its extension. It can be reached from Buggeru along the coast behind the long beach with several access between the dunes. When the road turns inland, turn left and after a few meters so you will reach Portixeddu, a small mining town of ancient origin, from which you can see the entire coast.

Huge, with mountains of golden sand and deep blue waters, not crowded even in high season. The most famous beach in the Costa Verde is Is Arenas S’Acqua and S’Ollastu. It can be reached from Montevecchio – Genna or Guspini heading to Torre dei Corsari. The beach is very close to the Tower of Flumentorgiu, surrounded by dunes shaped by the mistral, which blows almost every day from the sea.