North Sentinel Island, the most isolated and dangerous island in the world

Home /Travel tips/North Sentinel Island, the most isolated and dangerous island in the world 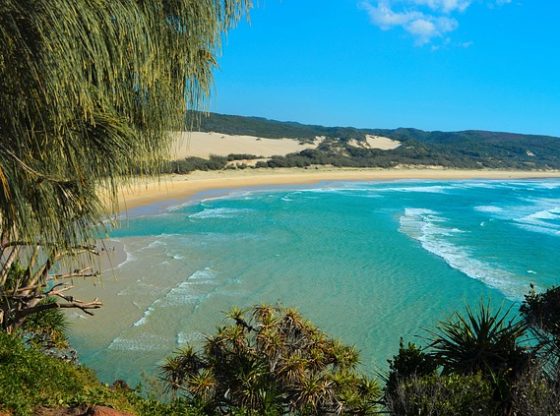 The Sentinels are one of the most isolated tribe in the world, a completely unknown and inaccessible ethnic group. Marco Polo passed through the area in the late 30th-century and described them as a wild race that kills and eats any foreigner who falls into their hands. At the moment, their behaviour remains hostile towards any stranger who approaches to the coasts of North Sentinel.

Like we said before if you take a look at the images of Google Satellite, North Sentinel looks like another of those paradisiacal islands, where stunning beaches merge with the forest, the perfect spot for unforgettable holidays. North Sentinel Island belongs to the Andaman Islands in the Indian Ocean. In it lives a tribe that remains completely separated from what happens in the rest of the planet, without any contact with the outside since their origins. The Sentinels became famous in 2006 when they killed two illegal fishermen who approached their coast. On some occasions when helicopters approach the island, Sentinels attacked them with arrows and stones.

According to Survival International, this village descends directly from the first populations of humans from Africa and is believed that they have inhabited the Andaman Islands for more than 55,000 years. Their language is very different from the others, proof of their minimum relation with outsiders. The Sentinels are hostile to anyone coming from outside of their island.

The most difficult place to visit on the planet

After decades of failed approaches, the Indian government has given up. Currently a three-mile foreclosure zone around the island. In this way, they want to protect the existence of the most threatened ethnic groups in the world. Otherwise, have been forced to disappear because of the diseases they would not be able to cope with and the immense cultural clash that would entail connecting with modern civilisations.

This was the case in 1879 when several islanders were forcibly taken to the main island city, Port Blair. Two of them became ill and very likely those who returned caused an epidemic within the island. It’s impossible to know the total population of the island, although it’s estimated at less than one hundred inhabitants.

The top 5 Best wellness retreats in the world
Mediterranean Food: Discover the Mediterranean Countries through its flavours
This website uses cookies to improve your experience. We'll assume you're ok with this, but you can opt-out if you wish.Accept Reject Read More
Privacy & Cookies Policy