El Hierro Island, the end of the World

Home /Europe/Spain/Canary Islands/El Hierro Island, the end of the World 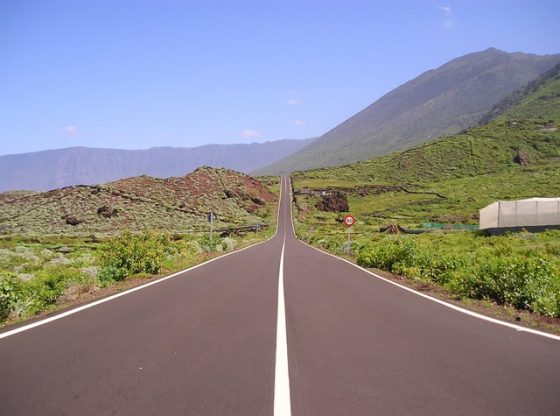 Relax in a natural and unspoiled environment: this is the essence of the island of El Hierro, part of Canary Islands archipelago. Excluded by the flow of mass tourism, El Hierro is the island located most to the southwest of the Canary Islands, and it is still a spot for just a few travellers: no extravagant concrete buildings or eco monsters are here, just small villages with low and discreet architectures. Here the environment, for local people, is the most important. Their almost sacred respect for this great land led them to an important project: to make it the first island in the world able to live exclusively of clean and renewable energies. Not only that: Agriculture and livestock are becoming eco-friendly. However, do not think you are travelling to an out-of-time land: the island government is working to get free wi-fi coverage all around the island. An island to be seen as a model, already classified by UNESCO as Biosphere Reserve and candidate to join the European Network of Geoparks.

Inhabited by just 10,000 people, El Hierro is a harsh and restless land that is revealed little by little. To reach El Hierro you need to stop over on one of the biggest islands of Canary, such as Tenerife or Gran Canaria, and then take a flight to El Hierro. The best

season to discover El Hierro is May, when nature is at its peak exuberance, the sun does not heat too much and the prices are very cheap. The best way to experience El Hierro is by car, driving along the few roads that cross the island.

The sea temperatures are hovering around 20 degrees all year round, and protected waters, such as those of the Mar de Las Calmas, a protected sea park, are among the most beautiful in the whole archipelago. In El Hierro, there are just a few sandy beaches: the one outstanding among others is Verodal, a red lava sand beach on the west coast.

El Hierro is known as the island of the 1000 volcanoes. The capital, Valverde, is the only one in the Canary Islands that do not overlook the sea: it is an up and down street crossing with whitewashed houses and gardens. It has three main districts: the heart of the town is the Town Hall Square, where is located also the Church of Santa María de la Concepción (eighteenth century). A few steps away there is El Secreto, a very colourful vintage restaurant- bar perfect for a quick snack of patatas bravas and bocadillos (sandwich). With less impressive interiors, but with a much more rich menu is the restaurant Brisas de Asabanos, which offers typical local cuisine with a contemporary flavour. However, the most typical dessert has to be bought the Fábrica de Quesadillas Adrian Gutierrez and Hijas, which for generations bakes quesadillas, delicious cakes made of cheese. Just a few kilometres from Valverde, on the east coast, is located La Caleta, one of the best places to go for a swim in the open sea: the water is warm and very green and after a bath, you can relax on the sun terraces of stone. A little further along the coast, you reach the bay of Timijiraque, near the port of La Estaca, frequented by surfers. About six miles to the south at the beginning of Bahía de Las Playas, rises 200 meters from the sea Roque de Bonanza, the most photographed spot on the island. On the opposite side of the bay overlooking the rocky beach, is the Parador de El Hierro, colonial-style hotel with cosy interiors and surrounded by solitude and silence, broken only by the sound of the sea. Overlooking the Atlantic Ocean is surrounded also by a lush garden.

Returning to Valverde you can make a stop to Garoé, the tree symbol of the island, which was once one of the few sources of water: its leaves condense the moisture of the clouds driven by the trade winds and release it in a precious trickle.

In the north of the island are located some of the most beautiful scenery: the pools of Pozo de Las Calcosas (get there going through the village of the same name). And nearby is Echedo, a village surrounded by vineyards grown in the volcanic ash, where stands La Higuera de Mi Abuela, a restaurant with a red colonial patio, surrounded by pots of cactus. Here you can taste the best seafood and island white wine.

The simplicity is in the cuisine of El Hierro is the most remarkable: in addition to grilled fish and goat cheese has among the speciality goat meat, usually served fried. These tasty dishes can be found in the menu of Mirador de la Peña, together with “papas arrugadas”, crisp-skinned potatoes, served with different “mojos”, spicy sauces made from pepper, coriander, tomato and basil. The real attractions of this restaurant, however, are the magnificent views of the Valle de El Golfo and the architecture of glass and volcanic stone, with interiors designed by the famous Canary architect César Manrique. The biggest municipality of El Hierro, Frontera, includes El Golfo, El Pinar, La Restinga, is located in the west area of the island, separated from the rest by rock walls of more than 1000 meters high. Agriculture is more prosperous here than in the rest of the island: here are cultivated fruit trees such as grapes, pineapple and bananas. It is not far from here the Eco-museum of Guinea, the traditional village turned into an open-air museum where you can visit the volcanic caves, where the Bimbaches, the original inhabitants of El Hierro, lived.

Along the north coast, is breathtaking the beauty of the blue and cobalt natural pool of Charco Azul and, a little farther on, the natural pools of La Maceta, with a picnic area, from where starts a scenic walk of an hour along the cliffs, which comes up in Las Puntas. A little further south is Tigaday, where it hosts a market every Sunday. Here you can find everything from handmade baskets, coloured canvas woven on antique looms, ladles and wooden bowls. In addition, you can find in Tigday market fruits, vegetables and local wines, but also silver jewelry made of coral and lava rock.

In the east of el Hierro, aside from the beach of El Verodal with red sand, stands the Lighthouse of Orchilla, an ancient landmark of nautical maps, where Ptolemy stared at the Prime Meridian in the second century. This was the most western point of the known world: after that there was nothing. Now that the reference meridian is at Greenwich, on the island still stands the lighthouse.

The Best Beaches in Canary Islands
Welcome to Prague! A Medieval and Bohemian city